The grandeur of this monastery demonstrates its former importance. However, in the past the land owned by the monastery was dispersed and did not form a single and compact territory needed to create the solid base of an important power center. 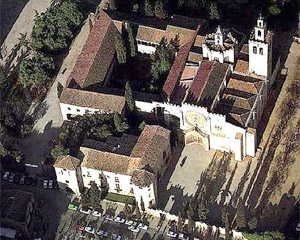 Concerning the monasteries relationship with the people of the region, it has to be said that many generations of peasant farmers lived subject to its economic demands, the monastery being considered the lord and master.
The monastery regularly sent agents to collect taxes, without knowing in some cases where the land being taxed was physically situated.

The beauty of the building, inside as well as outside, makes it a visit not to be missed.